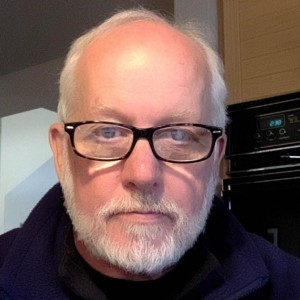 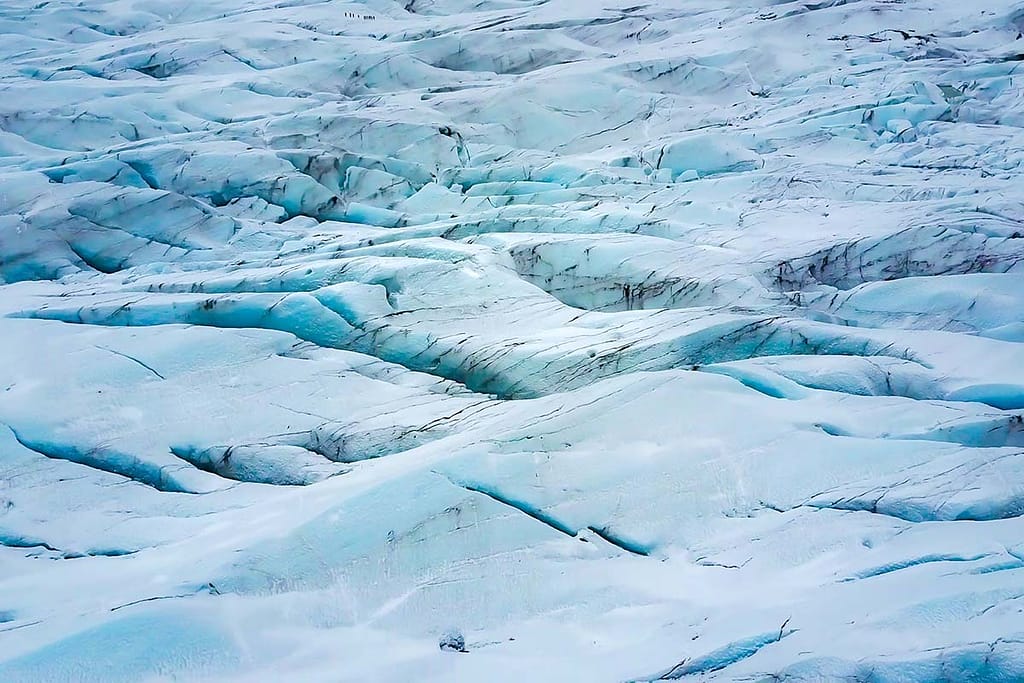 Glacier Valley Campground's unique location is the result of the last glacier that covered Wisconsin. The glacier came down from the north and east, pushing all the way into Illinois. Glacier Valley is located near the western edge of that glacier, when the glacier had actually turned and started to make a western surge. These five west-east valleys are part of the reason so see so many wind farms in this area!

The last glacier some 20,000 years ago created the valley in which GV is located.  The same glacier created lake Michigan!

For the past 2.5 million years the climate of the Northern Hemisphere has fluctuated between warm and cold. The Earth’s orbit and the tilt of the Earth’s axis cause these changes.

Climate changes have followed a regular, 100,000-year pattern. Each cycle had a cooling climate during which glaciers grew, followed by shorter periods that were as warm or warmer than today.

Ice sheets are enormous continental masses of glacial ice and snow. The only two today are Antarctica and Greenland. The ice sheet on Antarctica is over 3 miles thick in some areas; in the past ice ages, huge ice sheets also covered most of Canada.

About 100,000 years ago the Laurentide Ice Sheet spread across the continent. Movement of this sheet was shaped in part by the landscape: highlands diverted the glacier into lobes (tongues or fingers of ice) that swept (at a “glacial” pace!) through the lowland areas.

The last cycle of climate cooling and glacier expansion in North America is known as the Wisconsin Glaciation.

Near the end of the cycle, beginning about 26,000 years ago, the glacier advanced into Wisconsin. It expanded for 10,000 years before temperatures warmed, and then spent 6,500 years retreating from northern Wisconsin.

The landscape of the area covered by the last part of the Wisconsin Glaciation is very different from areas that had been swept by earlier glaciers. Erosion after these earlier glaciers softened the terrain. In the area covered by the Laurentide Ice Sheet and its meltwater, the landscape changed a lot. The many lakes and wetlands and the irregular landscape of eastern and northern Wisconsin are a direct result of the last glacier “scraping” the land. 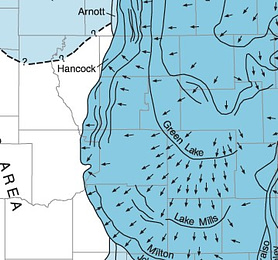 The Lake Michigan “Lobe” of the glacier flowed down the Lake Michigan lowland to central Indiana and Illinois. Other lobes, to the west of the main Lake Michigan Lobe, covered much of Wisconsin. These included the Langlade, Wisconsin Valley, Chippewa, Superior, and Green Bay lobes.

The “Green Bay Lobe” flowed south in the Green Bay lowland, advancing over the east end of the Baraboo Hills, and into both ends of Devils Lake gorge. The edge of the Green Bay Lobe was probably a steep ice slope that was several hundred feet high and littered with rock debris.  Behind that steep slope, the ice surface probably rose very gently toward the center of the ice sheet where the ice was thousands of feet thick. This is the lobe that created the landscape we have in Glacier Valley.

You can tell by the huge boulders we used to make the rock walls – all of which came from the deposits of the glaciers right here in Glacier Valley. The soil we have is very heavy clay…. But just seven miles to the west begins the Sand Country, which was not covered by the glacier.

For those readers from the area a little to the north of Glacier Valley, the flat area extending to the west and south of Lake Winnebago once was part of Glacial Lake Oshkosh, which filled a large part of the lowland as the Green Bay Lobe advanced and later melted away.

Glaciers and running water sculpt the land in different ways.

While streams tend to cut winding curves and V-shaped valleys, glaciers carve nearly straight valleys with U-shaped cross-sections. As the glacier a the beginning follows , and then broadens, lower areas it often followed the original paths of pre-glacier rivers.  The commonly V-shaped stream valley is converted to a U-shaped valley.   A glacier valley  has fewer and broader bends than a river valley…  Like the valley you see when you visit the u-shaped valley of  Glacier Valley Campground.

The long, straight, shallow valleys to the north and south as you drive east on Highway 151 are like the valley here. The funneling of the wind by the ridges is part of the reason you see so many “wind farms” located in this part of the state.